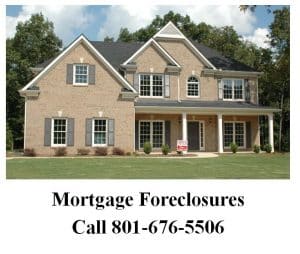 A Mortgage Foreclosure is the legal repossessing right that a Lender has when a Borrower is in default on the real estate that he has agreed upon and possessed on a Mortgage.

Depending on where in the United States of America that the Mortgage Deed has been executed the laws governing it could change, for instance in 22 States in the USA, it is mandatory that the Lender seek judicial intervention prior to executing a Mortgage Foreclosure.

In Utah, Mortgage Foreclosures are addressed in the Utah Code Annotated, 78B-6-901.

In the rest of the 28 States the Lender could execute the Mortgage Foreclosure on what is called a Power of Sale without recourse to any judicial process, and the need to wait months till the process is completed to repossess the real estate.

The issue of Mortgage Foreclosure arises when a Borrower is in default for more than 30 days on his agreed repayment terms and has not paid the relevant installment which is generally a part of the principal and interest of the borrowed amount.

The Lender is legally bound to inform the Borrower that he is in default and calling upon him or her to settles the dues in arrears immediately, if not which clauses in the Mortgage Deed which would cover issues like late payment, default charges including repossessing of the real estate by the Lender and all fees and charges associated with the process would be the liability of the Borrower to pay, if a Mortgage Foreclosure is the end result.

Within three to six months after the Borrower is in default the Lender would begin instituting a Mortgage Foreclosure and like mentioned above depending on the State that the Mortgage has been executed, the process would differ.

In a State where it is mandatory to seek judicial intervention the Lender would need to prove to the judiciary that the Borrower is indeed in default and seeking the permission of court to evict the Borrower and to repossess the real estate.

This process in the judiciary could take many months and until then the Borrower could continue to enjoy possession of the real estate but being in default his default payments would accrue additional interest and it would come to a point that repaying the total amounts in arrears and continuing with the Mortgage would be financially impossible for the Borrower.

In such an instance the Lender would obtain the required judicial permission and foreclose the real estate, evict the Borrower and take the real estate back and auction or sell it off on another Mortgage to a new owner as most real estate in the United States are bought by Home Owners on Mortgages.

Lenders do not loan money to a Borrower with the ulterior motive of Foreclosing the real estate hence if the Borrower encounters financial problems then Lenders would consider rescheduling the Mortgage which would enable the Borrower to continue possessing the real estate until he is able to make payments again but this would be at the discretion of the Lender and would not be a rule but taken into consideration on a case by case basis.

If you have a question about mortgage foreclosures or a Utah real estate law question, you should contact Greg Lyle at (801) 676-5506. 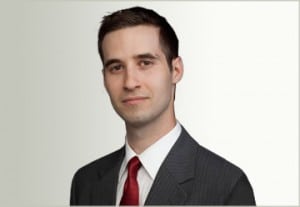 HOAs and Condominium Law in Utah

What Type of Real Estate Cases Do You Handle?