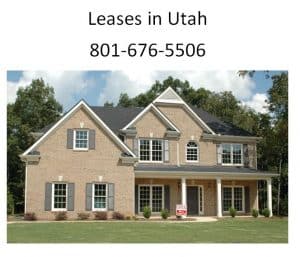 A person or entity taking possession of merchandise or real estate without transfer of ownership from another could do so on a Lease, which is a legal agreement between the two.

What is a Lessee?

The former is called the Lessee, who would use the merchandise or real estate and the latter is referred to as the Lessor who would be the absolute owner of the property.

The Lessee would pay the Lessor an agreed amount during the duration of the Lease as mutually agreed between the two parties at the time the Lease was signed.

What is a Lease?

The Lease to be accepted as a legal document would need to be generally drawn up by an attorney with the relevant clauses incorporated and signed by the Lessor and Lessee in the presence of the attorney. The lease is a legal written document which allows the Lessee to lease or take possession of the item and use it from the Lessor. The online Business Dictionary states that a lease can be both written and implied.

The Lease agreement would need to be authenticated and registered to provide credence at the respective Registrar’s office after which both parties could enjoy the effects of the Lease.

If a dispute arises then either party could seek solace with recourse to the relevant courts of law and seek redress to the dispute.

The Lessor could add any clause to the agreement at the time of signing on the dotted line provided those are mutually agreed and such clauses would form a part and parcel of the agreement and neither party could breach them as long as the Lease is in force.

The Lessee would need to pay an agreed amount to the Lessor which could be a fixed amount monthly or as conveniently agreed between the two parties.

The Lessor could also insist on the Lessee to obtain insurance on the merchandise or real estate against damages or loss which would safeguard the financial interests of the former.

The beneficiary of the insurance would generally be the Lessor as they would be the absolute owner of the merchandise or real estate and if any payment has to be made against damages or loss by the insurance company then that payment would be the legal right of the Lessor.

If the Lessee does not adhere to the clauses in the Lease agreement or defaults in any other way or breaches the signed, stamped and registered document, the Lessor has the legal right to inform the former through his attorney the defaults or breaches and demand the merchandise or real estate back.

Leases can be for heavy equipment in the construction industry, printers for a print shop, cars, trucks, office equipment and even houses, buildings or other real estate.

In such instances if the Lessor could prove the defaults and or breaches the courts would order the return of the merchandise or real estate forthwith as the Lessee has no right of ownership to the concerned property.

If you have a question about leases in the State of Utah, you should contact attorney Mike Anderson at (801) 676-5506. The attorneys at Ascent Law draft leases, negotiate lease deals, review contracts and resolve lease disputes all the time. Call now for your free initial consultation.

What is a Quiet Title Action?