You may be thinking of changing your name for any number of reasons — perhaps you’re getting married or divorced, or maybe you just want a name that suits you better. Whatever the reason, changing your name is a pretty simple process in most places; you can often do it yourself, without the help of a lawyer.

Why Change Your Name

Every year, thousands of people officially change their names. These are some common situations in which people seek a name change: 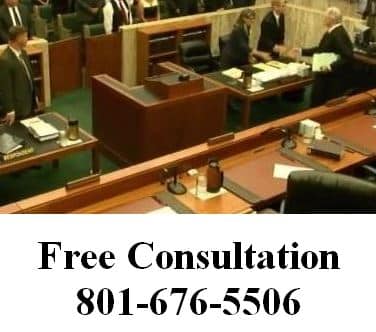 A woman may legally keep her birth name when she marries or she may adopt her husband’s surname — and in some states a man can now take his wife’s name as well. A husband and wife can change their last names to a combination of the two or something altogether different. Upon divorce or annulment, a spouse who has been using the other spouse’s name may revert back to a birth or former name. In states where same-sex marriage or its legal equivalent is available, one partner in a same-sex couple may also change his or her last name to the other partner’s, or the couple may hyphenate their name.

A couple need not be legally married to assume the same last name. For example, some same-sex couples choose to use the same last name as part of demonstrating their commitment to one another. The name may be the last name of one member of the couple, a hyphenated combination of the names, or an altogether different name that the couple shares.

Often, a divorced parent with sole custody of the children wants to make sure the children have the same last name as the parent. If the custodial parent has changed her name since the marriage, she may want to change the children’s names as well. Sometimes legal guardians prefer a child to have their last name. Other times, mature children have a preference for a certain name.

Perhaps your great-grandfather changed his name — or had his name changed for him — when he came to the United States in the 1880s. As Americans rediscover their heritages, some want to change back to their original ancestral names. Of course, there is also the reverse situation — for someone who feels no connection with a heavy six-syllable name, shortening the name or changing it altogether may be an attractive idea.

Why be called Suzie, Jennifer, or Robert when you feel that BlackHawk, Randy, or Jon better expresses the real you? You can be as creative as you want in selecting your name—only a few legal limitations exist on choice of name. (These are discussed below.)

If you have changed your sex, you may change your name to go with it, as well as your birth certificate under some circumstances.

Some people may wish to change their names to reflect religious or political beliefs. Famous political and religious leaders who have done this include Mother Teresa and Malcolm X.

Restrictions on Changing Your Name

There are some restrictions on what you may choose as your new name. Generally, the limits are as follows:

How to Change Your Name

In many cases, such as when you are getting married, divorced, or adopting a child, your name change can be easily handled as part of those legal proceedings. For example, if you are getting married and want to take your spouse’s name, you can use a certified copy of your marriage certificate to prove your new name. For name changes obtained during other legal proceedings, you can prove your new name using an order signed by the judge.

If your name change isn’t part of another legal proceeding, how to proceed depends on the rules in your state. Traditionally, most states allowed people to change their names by usage, without going to court. A name change by usage is accomplished by consistently using a new name in all aspects of your personal, social, and business life for a significant period of time. No court action is necessary, and it is free.

Practically speaking, however, you will probably want to get an official court document changing your name. In this day and age, with concerns about identity theft and national security, having a court order will make it much easier to get everyone to accept your new name. In fact, you won’t be able to get certain types of identification – such as a new Social Security card, passport, or (in most states) driver’s license – without a court document.

You can find out what your state requires by contacting your local clerk of court. Many state and county courts have name change information and forms on their websites. Check out the “Courts” or “Judiciary” section of your state’s or county’s home page.

Once you’ve completed your name change, you need to make sure you let all the relevant people and agencies know about your new name.

Your next best step is to talk to a family lawyer because that is who regularly goes to court and get this type of work done.

Free Initial Consultation with a Name Change Lawyer in Utah

Things You Need to Know About Prenups