It might seem crazy to think that a drunk driver who blows a stop sign and hits into your car would NOT be considered “at fault: in the accident.  But, if Utah is a no-fault state, isn’t that exactly what happens?

Not exactly.  The no-fault car insurance term is one that is often misunderstood and in turn often prevents people from pursuing a claim in a car accident when it was not their fault.  If you question what no-fault means or have a question of liability in terms of who is at fault, continue reading below for more information. 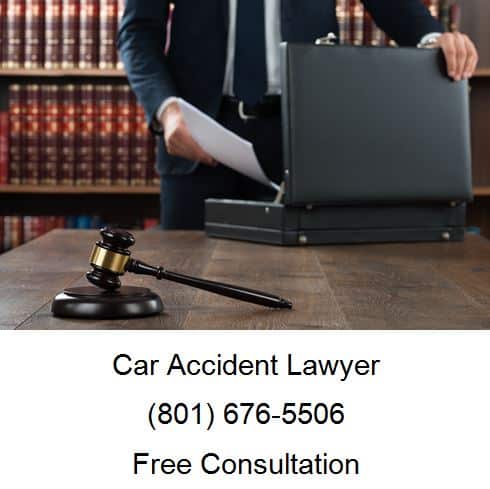 What Is The Purpose Of No-Fault

Besides Utah, 12 other states have a No-Fault car insurance law put into place.  Originally when this law was first created it was done so in order to offer lower insurance premiums to people who owned cars, but really all the no-fault law ended up doing was increasing insurance companies’ profits.  Around 13 different states have dropped the no-fault law over the years, but Utah still has it.

How Does It Work?

Generally speaking, no-fault coverage simply means that if you are a victim of a car accident and it was a minor accident, that you cannot file a claim against the other driver for general damages or a settlement, unless you meet certain criteria, such as having over $3000 in medical bills.  Instead, your insurance company will pay your medical bills and lost wages.  No-fault will not cover the cost of getting your car fixed.

In the state of Utah, your insurance company is supposed to pay up to $3,000 in personal injury protection – otherwise known as PIP, and it doesn’t matter who was at fault for the car accident.  If you had a minor accident, this might be the end of the process.  For example, if you were stopped at a light and someone came up from behind, smashed your fender in, and you or they had minor injuries, the insurance company would pay for the bills and that would be that.

However, if someone hits you and they cause serious injury, you can take legal action against the person that hit you.  If your medical bills are over $3000 you can file a lawsuit against the other driver.  According to Utah’s injury threshold the following injuries can lead to a lawsuit:

In the state of Utah when you have car insurance it must carry a minimum amount.  The minimum amount rule known as 25/65/15 is as follows:

Obviously, this is the minimum amount of coverage you are required to purchase, but it’s always better if you carry even more insurance.

The reason for this is because if you hurt someone in a car accident and the medical costs exceed the $25,000 threshold, you will be held personally responsible for the additional costs.  Wouldn’t it be better to have extra coverage, rather than not having enough and needing to cover it out-of-pocket?

No-Fault Laws Are Confusing by Design

Unfortunately, no-fault laws are made to be confusing by design.  If you live in Utah and you get into a car accident – whether it was your fault or someone else’s, this is not something you should be handling on your own.

Instead, its a better idea to hire a car accident attorney for your case and have someone that knows the law in Utah and knows about your rights!

What are Rape and Sexual Assault?

The Secret of Bernie Sanders