Lawyers in Salt Lake City may have some more interesting clientele than they’re used to if Utah’s House Bill 101 passes, and if they’re willing to do sliding scale or pro bono work. The Deseret News reports on the bill’s potential impact in Salt Lake for hundreds of homeless individuals whose panhandling behavior would be criminalized if the bill is passed in the Utah Legislature this week. 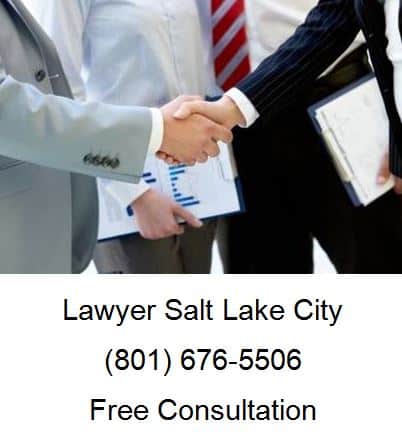 An interview with a man on the streets of Salt Lake paints a human-interest story for readers interested in the bill—Mark McGregor said that he’s homeless, out of work and holding a cardboard sign for drivers in an effort to garner enough money to travel to Texas next month for his daughter’s wedding. He clarified that he doesn’t approach anyone unless cued by a driver with a wave, and when asked about the bill that would prohibit “aggressive panhandling”, he simply shrugged and asked the reporter, “We don’t have enough crime going on? We have to hurt homeless people?” For individuals with limited access to housing, funds and a daily meal, it’s difficult to conceptualize the political power plays involved with getting something like HB 101 passed, even as it would affect his life dramatically.

Also prohibiting individuals from soliciting money or goods on sidewalks within 10 feet of the entrance to a bank or ATM, the bill smacks of feelings of fear and irritation. Couched in terms of preserving personal, public and traffic safety, the language the bill’s supporters use is skewed toward capitalizing on the fear of having a lot to lose, like that of Salt Lake residents who do have money in the bank, a roof over their heads and a steady job—probably with benefits. Law firms in Salt Lake City may comment that the discrimination inherent in HB 101 isn’t overt or specific enough to challenge from a perspective of constitutional rights, and they’re probably right. Indeed, Rep. Jim Nielson R-Bountiful defends HB 101 for its difference from another law passed in 2010.

The 2010 law prohibited people from sitting, standing or loitering near a roadway to solicit a rice, contribution or employment. Three homeless people challenged the constitutionality of the law and it was struck down by a federal judge for being overly broad. Individuals affected by HB 101 in Salt Lake might not be so lucky this year. Without access to the legal clout of Salt Lake City law firms behind them, most homeless individuals (who often lack the funds to employ legal counsel) are expected to get in line.

Not that they have no one on their side in government; an organization called the Downtown Alliance is backing legislation that would extend tax credits to employers who hire homeless people and pay them a living wage. They argue that HB 101 “just pushes the problem someplace else. It’s really important to deal with it…and to understand the root causes of homelessness.” Because let’s be honest, rhetorical Salt Lake City law firms ask: does Utah really want the time and resource consuming expense of hopelessly shuffling more individuals through the courts and corrections system, only to dump them out on the streets of Salt Lake with less opportunity than they began with? Hardly an appealing solution for anyone.

Is my student loan debt dischargeable in bankruptcy?