Get out of student loan debt free? If you’re a former student of Corinthian Colleges, you might.

The for-profit Corinthian Colleges, which stopped operating in 2015 and displaced more than 10,000 Utah students, was under fire by the U.S. Department of Education after it found the schools made false claims about their post-graduation employment rates and other information between 2010 and 2014. In April 2017, thousands of more Corinthian students in other states were made aware of their potential eligibility for student loan forgiveness. 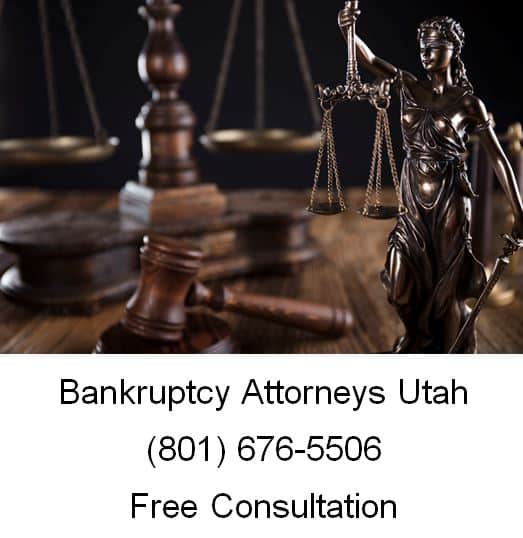 While the story isn’t new, more students may be getting the financial help they so desperately need. Utah’s attorney general filed a lawsuit against the schools and its subsidiaries (Heald, Everest College, and WyoTech) in 2013 for a predatory scheme targeting low-income students, and the schools were accused of falsely advertising programs that didn’t exist, misleading students about their credits transferring to Cal State, and engaging in illegal debt collection practices.

In 2015, the Department of Education also levied a $30 million fine against Corinthian for inflating job placement numbers, while the Consumer Financial Protection Bureau won a lawsuit that ordered the schools to pay back $500 million in restitution for students. Corinthian sold most of its locations to Zenith Education Group in February 2015, filed for bankruptcy, and ceased operations.

Now, Corinthian Colleges students may be able to wipe away their remaining student loan debt — and get a refund on any loan debt they’ve already paid back. Find out how below.

Am I eligible for a student loan discharge?

Letters recently went out to thousands of students around the country to explain how students could cancel their federal student loans used to attend these schools. About 40 states have arranged for a streamlined process to discharge these loans. The affected programs include those at Heald and Everest/WyoTech, with campuses across the country.

Generally, you may be eligible for federal student loan forgiveness if you either attended a Corinthian school that closed on April 27, 2015, or you believe you were defrauded by the school you attended or it otherwise engaged in actions that violated state law. You must not have finished your program, or transferred your credits to another school.

Two bills currently in Congress also would help veterans who used GI Bill money to pay for attending for-profit schools like Corinthian and ITT Educational Services, the latter of which shut down 14 campuses last year.

How do I get my student loans canceled?

If a former student qualifies, he or she can get their federal student loan canceled and they won’t have to make any additional payments. They’ll also be refunded the payments they already made.

Students who believe the schools lied about their job prospects, credit transfers, or other issues should fill out a discharge application on the Department of Education’s website, borrowerdischarge.ed.gov. You can request a loan forbearance — a temporary stop on your payments or a stop on collections on loans in default — as your claim is being reviewed.

It’s advised for students to continue making payments while their discharge paperwork is being processed, until they’ve been notified by the federal government or their loan provider that the loans have been canceled or are in forbearance for the time being. If you receive an email titled “Borrower Defense Claim,” it is from the Department of Education and includes communication on a full or partial approval of your borrower defense application. After that, you’ll receive additional information confirming that your loans have been discharged.

For more information, check out the State of Utah Department of Justice’s interactive tool to help students learn about their eligibility for student loan relief and their legal rights.

If I didn’t go to Corinthian, how do I get my student loans forgiven?

If you’ve never attended Corinthian Colleges but want to find a way to get rid of your student loans (don’t we all?), be careful of any scams that involve application fees or advance payments. In some situations — such as your job, a disability, or the closure of your school — you may be able to have your student loans forgiven.

It’s important to note that any type of loan forgiveness is only in regards to federal student loans — Direct Loans, Federal Family Education Loan Program (FFEL) Loans, and Perkins Loans — not private loans from a bank or other source. A Borrower Defense Discharge (what most Corinthian Colleges students would apply for) is a type of loan forgiveness called “borrower defense to repayment” and does not apply to Perkins Loans.

The Department of Education has a lot of good FAQs on this topic, but here are a few standout bits of information on types of loan forgiveness, cancellation, or discharge:

Public service jobs and teaching jobs have their own loan forgiveness programs; for example, the Public Service Loan Forgiveness Program forgives the remaining balance of your Direct Loans after you’ve made 120 qualifying monthly payments (or 10 years) while working full-time for a qualifying employer. If you have yet to enroll in college and are considering a job in public service or teaching, make sure to read up on these programs.

A total and permanent disability discharge will wipe out several loans, including Direct Loans, FFEL Loans, and Perkins Loans, as well as no longer require you to complete a Teacher Education Assistance for College and Higher Education (TEACH) Grant service obligation.

A loan discharge in bankruptcy is rare, but possible if the bankruptcy court finds that it would impose undue hardship on you and your dependents if you kept your student loans. Generally, you need to have a severe disability. You must file for either Chapter 7 or Chapter 13 bankruptcy, as well as file a separate action called an adversary proceeding. Several tests are used to determine undue hardship.

Things You Need to Know About Divorce

What can I Keep if I file Bankruptcy?

Are You Facing Foreclosure?

Can I Pay Back Family Before I File Bankruptcy?