What to do after a motorcycle accident 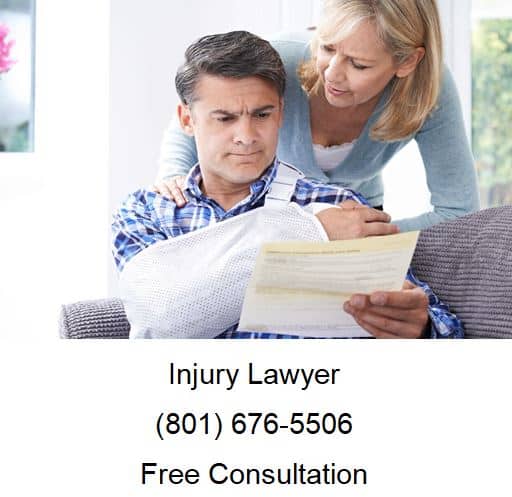 Immediately after the accident, check yourself for injury. You should quickly be able to tell if you have injuries that will prevent you from moving out of the roadway. If you are unable to move, stay put. You don’t want to risk injuring yourself further. Wait for help to arrive.

If you don’t have any obvious injuries that prevent you from moving, get to a safe place. Put as much distance between yourself and potential hazards — such as gasoline spills or fires — as possible. If you’re in a more mountainous area like St. George, Utah, you’ll want to stay away from any ledges or drop-offs. One you are in a safe place, sit down and try not to move. You may have injuries that aren’t easily identified like organ damage or internal bleeding. Stay calm until medical help arrives.

Call 911 as soon as possible. Even if you think there aren’t any injuries, it’s a good idea to have medical professionals come to the scene and make sure. Even in smaller cities like St. George, police can help control traffic, record the details of the accident and explain whether or not you need to call a lawyer.

Try your best to remain calm and collected. Don’t argue with others involved in the crash, and don’t assign or accept responsibility for the accident. Instead, collect relevant insurance information from the other drivers and contact information from any witnesses who are nearby. Take photos of the scene if possible.

After a motorcycle accident, whether in Salt Lake City, Park City or the South Jordan, you may need to hire a lawyer. Call your lawyer if you are wrongly accused of causing the accident, insurance denies your claim, the damage exceeds your insurance limit or if the accident results in serious injuries and medical costs.

According to a recent United States Food and Drug Administration (FDA) audit, the food recall system in the U.S. is woefully ineffective. The audit even goes on to mention that it took five months after salmonella was discovered in commercial peanut better for a recall to be issued for the product. A mistake like this can easily lead to the wrongful death of someone who reacts badly to the contaminate substance.

Findings of the Audit

The FDA audit found that over a recent three-year period 30 food recall cases involving two different companies took over three months to issue a recall after a potential problem was initially discovered. Along with the peanut butter, cheese contaminated with Listeria took three months after the problem was first discovered for a recall to be issued — not only does this put residents of Salt Lake City at risk, but people throughout the U.S. could have been affected.

After these glaring FDA mistakes were discovered, a change in policy was deemed necessary. The FDA argued that those two cases do not represent the recall system, and that almost every recall has a response time of less than a week. The FDA also said that it is working on improving the system in order to speed up all recalls.

If you’ve been injured in a motorcycle accident, please call Ascent Law for your free consultation (801) 676-5506. We want to help you.

Tags: What to do after a motorcycle accident
0Likes