It is typically very difficult to challenge a will. You most certainly should talk to a Will Contests Lawyer about your situation. Approximately 99 percent of wills pass through probate without issue. Wills are seen by the courts as the voice of the testator, the person who wrote the will. Since that person is no longer here to speak about his or her wishes, the courts stick pretty stringently to the will. Anyone who may have an interest to gain from the will can challenge a will. The most successful challengers are usually the spouses, and the most successful grounds are that the person lacked testamentary capacity or that the person was unduly influenced or persuaded to write the will a certain way. 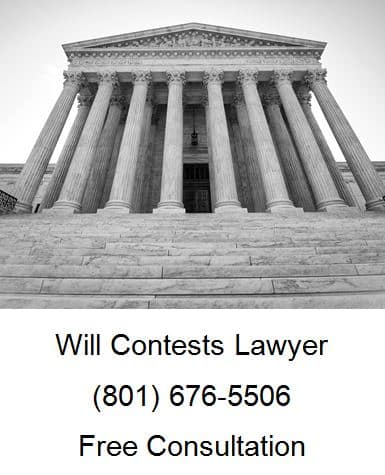 If you challenge a will and are successful, it can be voided in its entirety or just in part. Sometimes, a prior provision, such as from a previous will can be reinstated. If the entire will is voided, the court will distribute the property as if no will had ever existed. This distribution follows intestacy laws, and is guided by familial relationships.

This article outlines the grounds on which one can challenge a will.

The law requires that only adults 18 years of age or older have the capacity to create a will. Minors lack the capacity to form a legal will. However, in some jurisdictions, minors who serve in the military or minors who are married are given the right to make a will.

Adults are presumed to have testamentary capacity. When litigation arises that challenges an adult’s testamentary capacity, it is usually on the basis that the adult has senility, dementia, insanity, was under the influence of a substance, or in some other way lacked the mental capacity to form a will. Basically, to challenge a will based on mental capacity, you must show that the testator (the person who created the will) did not understand the consequences of making the will at the time of the will’s creation. More specifically, the person must understand:

You can challenge a will by showing that the will was procured by fraud, forgery, or undue influence. This usually involves someone manipulating a vulnerable person into leaving all or much of the property to the manipulator. The term “undue influence” merely means that the person lacked the free will to bargain because of the manipulator.

Another Will Trumps the One Being Executed

If the executor is trying to carry out the provisions of an outdated will, the newer will can trump this older will. Typically, there are requirements to destroy the older will. It is best to always destroy or show an intent to void any outdated will, should one decide to change or update his or her will. Many people even state in the new will that the will is intended to trump and/or void out the previous will. This is why dating the will documents is so important. The court’s interest is to fulfill the wishes of the testator. If a valid legal will surfaces that is dated more recently than the will being executed, the court is likely to follow the newer will.

A typed hard copy of the will must be dated and signed by the testator in the presence of at least two adult witnesses. Vermont requires three witnesses. Most states require that the witnesses not be people who are named as heirs in the will. If in one of these states, a witness is named in the will, his or her gift may be voided, but not the rest of the will.

About half of the states do allow handwritten, unwitnessed wills. These are called “holographic” wills and they must be written and signed entirely in the testator’s handwriting, and in some states, they must be dated. Holographic wills are the easiest wills to challenge, because there are no witnesses. In the case of a holographic will, the court must be convinced that the entire thing is in the testator’s handwriting and that it was created to serve as a will of the testator.

Each state has its own laws about what a valid legal will must contain. Most states require that the will:

There is no requirement that a will should be notarized. However, many people include a “self-proving” affidavit in their wills. This is a sworn statement that the witnesses sign in front of a notary public, which relieves the witnesses of having to come to court later to swear to the validity of the will

Residence of the testator

For example, Sam has a vacation home in Florida, where she spends about four weeks out of the year. She also has business offices in New York and California, where she frequently visits to conduct business, but never spends any long length of time. Sam owns a home in Illinois. This is where she spends the majority of her time, has her primary mail sent, is registered to vote, and her children live and attend school. Sam created a valid legal will in Illinois, according to the laws of Illinois.

A few years later, Sam passes away while vacationing at her Florida home. Her oldest daughter and executrix, Edna, had just moved into Sam’s Florida vacation home, and decides to settle the will there. Yvette, Sam’s youngest daughter wants to challenge the will, based on residence. Yvette is claiming that because Sam’s residence was Illinois, the probate laws of the two states are different, and that Sam created the will in Illinois, the will is not valid in Florida. Yvette will probably not be successful. Even though the will does not meet the requirements of Florida’s will laws, it was completely legal and valid when created in Illinois, Sam’s state of residence, and therefore, is completely valid and legal in Florida, where Sam passed away.

Free Consultation with a Utah Estate and Trust Attorney

If you are here, you probably have an estate issue you need help with. If you do, please call Ascent Law for your free estate law consultation (801) 676-5506. We want to help you.

Utah Dissolution and No Fault Divorce in Utah