There are a lot of contributing factors in the decision a person in Salt Lake City makes to file for divorce. You should always consult with a divorce lawyer before you take any action. When a couple comes to that conclusion, there are even more decisions that must be made. These divorce issues include financial support, division of assets and property, custody of children and perhaps the reclaiming of one’s former name. Mediation can often help settle these matters in a peaceful, non-emotional manner so that each spouse can move forward in their life. 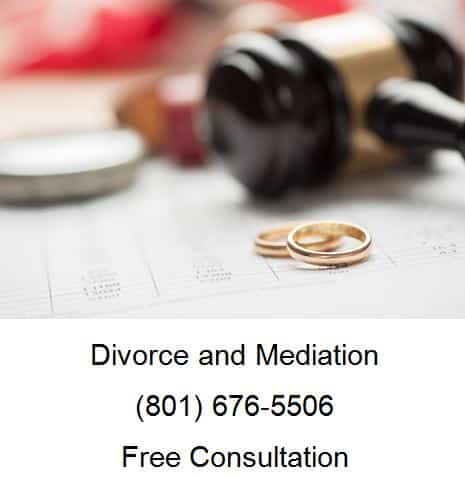 According to a recent study, many couples in Salt Lake City and around the country may be currently preparing to file for divorce. February appears to be the time that couples frequently take legal action to end their union — beginning right after Valentine’s Day. For some spouses, the romantic holiday appears to be the last straw or they may have discovered that their spouse has been cheating on them.

However, other factors also appear to influence the choice of couples to start divorce proceedings in the last half of the month. These factors may include the colder weather and the filing of taxes — always a stressful period of time for couples as they examine their current financial situation. Many people may realize on the most romantic day of the year that they simply don’t want to be together anymore.

For whatever reason, couples who are splitting may want to meet with an attorney who can help them understand what their rights are in terms of money and custody. Many attorneys offer divorce mediation services, which can help a separating couple keep things civil and make decisions that are fair for each party.

Many currently living in Salt Lake and throughout the rest of the United States are immigrants who share the dream of obtaining permanent residency or even U.S. citizenship. One way that immigration officials have identified that immigrants could potentially be obtaining legal residency status is marrying to obtain a green card. According to information compiled by the U.S. Citizenship and Immigration Service and shared by ABC News, over 227,000 immigrants obtained green cards via marriage in 2009.

Those granted conditional residency through marriage typically have to re-apply to have their residency restrictions removed after two years. If one has already divorced by then, he or she will have to include with their petition sufficient evidence supporting the validity of the marriage. If he or she had already achieved permanent residency prior to the divorce, potential issues could still arise if and when he or she seeks citizenship. Again, documentation must be provided to prove the marriage was valid. If not, one could realistically face the possibility of deportation.

Immigrant spouses may want to consider divorce mediation as the time to obtain such proof from their former spouses. Obtaining copies of joint financial records, credit card statements, and even gift receipts may be a good idea, as well as of the original marriage license and copies of the birth certificates of any children a couple may have had together.

Does Divorce Cost A Lot Of Money?